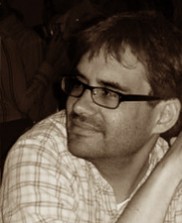 Paul Sen has over twenty years experience in television. Starting his career at the BBC, he has made films on a diverse range of subjects including Bollywood, life in Japan, dance culture, plane building, the social history of Britain and quantum physics.

He has worked for and with all the major UK broadcasters. He has filmed all over the world, self-shooting many of his own films.

Career highlights include: Light Fantastic, Atom and Science and Islam for BBC 4, Triumph of the Nerds for Channel 4 and PBS, Death by Excess for Sky, Seven Ages of Britain, The Last Nazi Secret and Cromwell, New Model Englishman for Channel 4.

Paul takes particular pride in being a keen supporter of new talent – both in front of and behind the camera.